Bicycling: That time I crashed the National Triathlon (briefly) 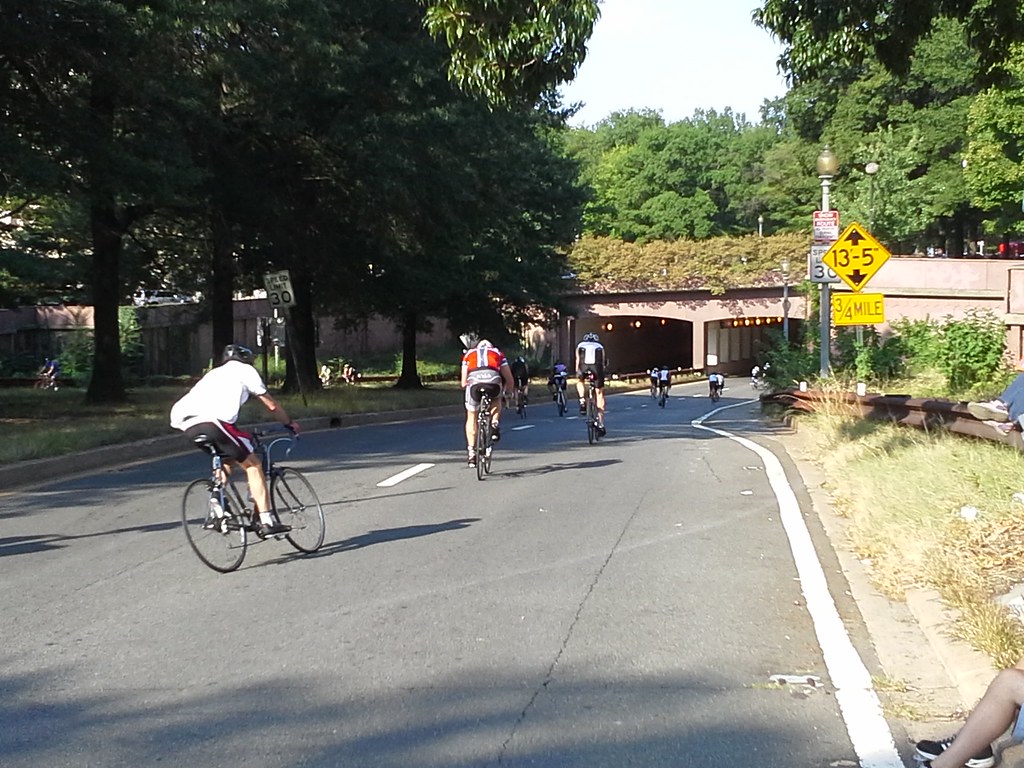 WASHINGTON, D.C. — Sunday mornings typically include a bicycle ride, often around the Mount Vernon Trail near the Potomac River. Yesterday’s ride was no exception. Driving up from Alexandria, I learned the National Triathlon was going on, but not any of the trails I typically used so it wasn’t a big deal.

Riding south on the MVT from the Theodore Roosevelt Island parking lot, I saw the swimming portion of the Tri on the opposite bank of the Potomac River from me. I crossed over the 14th Street Bridge and rode by the Thomas Jefferson Memorial, looping back to Ohio Drive. Not long after I came across the Tri and figured, hey, why not and put myself in the race. The path continued up Ohio Drive to the Interstate 66/US 50 – Constitution Avenue interchange and onto the E Street Expressway. Surely, riding along those expressways was a long held dream of all of us riders, right?

At the end of the E Street Expressway, crowds cheered and one fellow, noting my curly W t-shirt yelled out “GO WASHINGTON NATIONALS!…wait, I don’t think he’s in the Tri.”

That was the same time I decided to break off, having crashed the Tri enough. I decided to work my way over to Key Bridge via the surface portion of E Street and then Virginia Avenue. As I crossed over I-66 (Potomac Freeway, in case you didn’t know), I realized the Whitehurst Freeway was closed for the Tri, so I figured out how to get back on. I finished up the last thousand feet or so of I-66 and pedaled up the ramp onto the Whitehurst (US 29 south). Right about where the ramp merged onto the mainline, I overhead a triathlete mention “this is where I get stuck in traffic every day” as he blew past me. Keeping to right, I took out my phone and started snapping photos. I snapped a few photos of the Rosslyn skyline across the river in Arlington, Va. too: And even encountered the remains of one cyclist’s misfortune: I picked it up and threw it out, wouldn’t have killed that cyclist to do the same, I barely noticed it over my handlebars.

As the Whitehurst came to an end, I broke off from the race a final time and looped up the cloverleaf to M Street NW and Key Bridge for the Ride back to the Roosevelt Island parking lot and my car. I think I may have to crash the Tri again next year. The Whitehurst has its critics and it may get partially torn down. I’m skeptical that doing so is in the best interests of all but a few building owners at the east end of the road because I don’t think that moving traffic down to street level makes the waterfront anymore inviting. Would I want something like the Whitehurst built today? Certainly not, but in the generations it has been there, Georgetown has grown around it and even given it an interesting aesthetic, on, below and beside it.