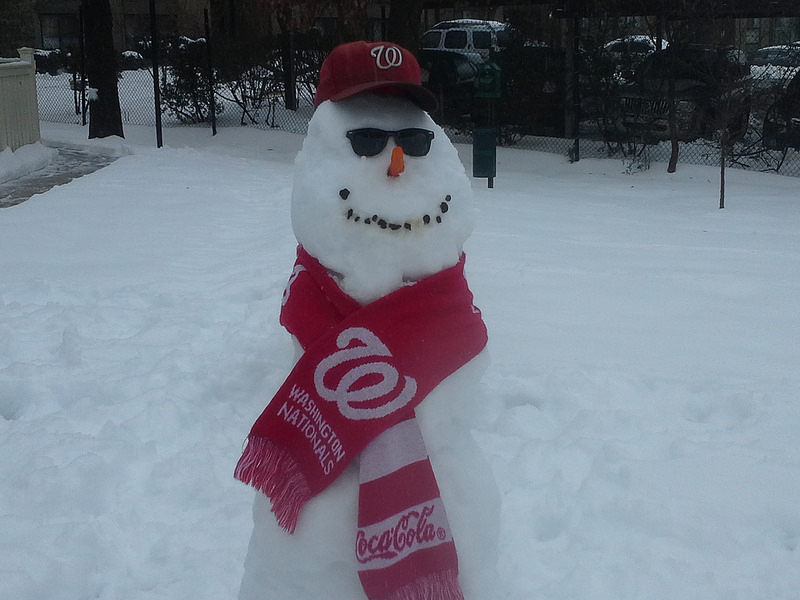 It always seems appropriate when the beginning of spring training is concurrent with a snowstorm.

The 10th Washington Nationals spring training of the 21st century begins today with pitchers and catchers reporting after the long offseason. Surely, they will all be in the best shape of their lives as they return to Viera, Fla. while those of us in and around the District endure the Pitchers & Catchers Day Storm.

The symbolism of Pitchers & Catchers is greater than the actual event. It’s a reminder that spring and baseball are closer than they are far and that warms the heart and the mind. It also means lots of stories of how player X is trying to build on a successful/bounce back/recover from an injury filled past season. The stories are practically boilerplate, but they’ll be good to read and get reacquainted with them before they start playing 6 or 7 days a week.

The biggest change in 2014 is the debut of manager Matt Williams. He promises a regimented camp and should be an upgrade over post-2012 regular season Davey Johnson. A great profile of Williams ran in The Post last weekend: Matt Williams: Before the Washington Nationals, two jarring blows altered his path. There was more in Nationals Journal as well: Outtakes from our profile on Matt Williams.

THE PENNANT IS OURS

This three-motivational-calendars-in-one logo outside the Nats' clubhouse is new. pic.twitter.com/AJN9oIJseD

Time to go out and measure the snow.

Opening Day is 46 days away