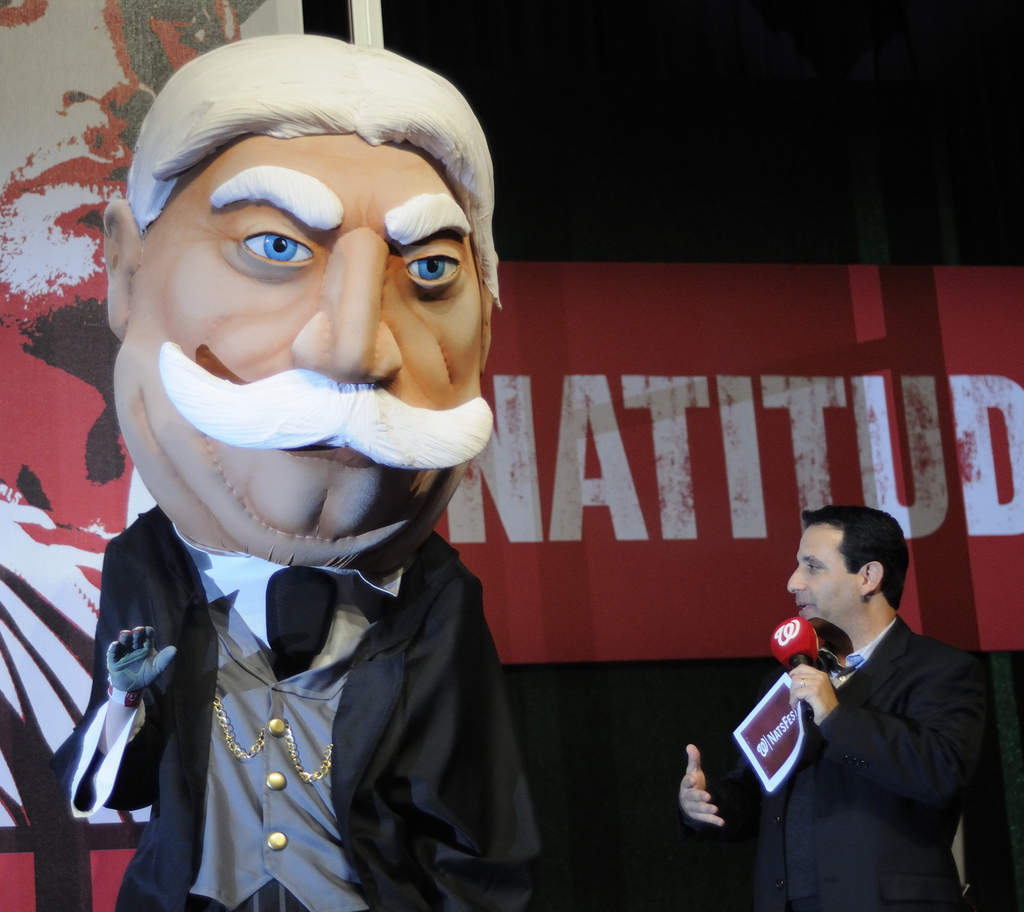 BeltwayLand’s biggest snow storm of the 2014-2015 winter to date is expected to begin later today, perhaps in time for the evening rush hour. We could see 4 to 8 inches in the immediate D.C. area, including inside the Beltway.

We’ve had several Presidents Day storms (WJLA) over the years – especially 1979 (and last year we had the Pitchers & Catchers Day Storm which could happen again), but the bulk of this one will be on Fat Tuesday, so I got thinking we ought to call the Fat Presidents Storm. Obviously, William Howard Taft, seen above, is the spirit animal of this weather event.

I have never wanted a Washington Nationals Racing Presidents bobblehead so much. If the Nats don’t have a photo of Taft outside of snowy Nationals Park tomorrow, it’ll be a social media fail. For those with Taft bobbleheads, I expect to see it out in the snow too; perhaps we can measure the accumulation in how many Taft bobbleheads deep.