It’s summer and after a month or two so of sitting in drafts waiting to get revisited, I’ve finished this post off.

You’ll want to read the CityPaper this week:

As the Washington market becomes larger and more sophisticated, new beers are arriving weekly from across the country and around the world. Tap takeovers, beer dinners and brewery-centric events have become more common. We’ve reached a point where almost every week could be DC Beer Week, so why do we need DC Beer Week itself?…

To be fair, the organizers of DC Beer Week don’t plan events at individual bars, but that seems to be the crux of the problem: The schedule needs to be curated.

When the scene is so lively all year, why do we need DC Beer Week?

Gee, Fritz Hahn, WHO should curate this beer week?

Though not regional, Samuel Adams has produced a Washington Nationals 10th anniversary IPA. It’s undoubtedly a reaction to the perception that Sam Adams is your dad’s craft beer. I can only wonder what I late philosopher I knew growing up would have to say about Sam Adams being at odds with a movement it helped create; he was an early proponent of “old dad” beers like Schlitz and Stroh’s (I think).

Cycling and beer, what could go wrong?

I posted this last fall and I’ll probably post it twice a year — the github map of BikeableBrews along the Washington & Old Dominion Trail. Given that you can know get regional craft beer on tap, I’ll argue the Vienna Inn should be on it. It might be less than 200 feet from the W&OD.

Wear your helmet and be responsible. Also, some local breweries may have cycling jerseys; I picked up a Port City Brewing Co. one last year and for what it’s worth, it is faster to bicycle to their brewery than drive which is a solid way to celebrate part of Father’s Day.

I’ve compiled a twitter list of all the D.C., and Northern Virginia regional breweries I could think of and maybe a few more. It’s hard keeping up with the scene as it expands. 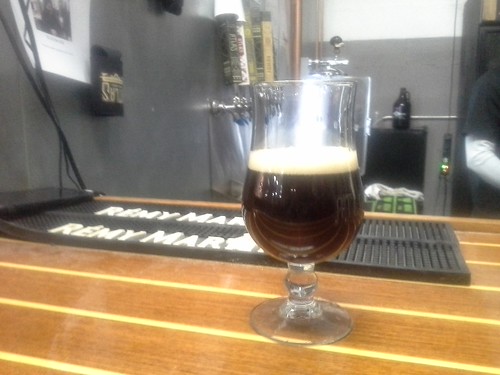 In March, I visited Atlas Brew Works. It was fun.

It’s August which means the return of Oktoberfest is imminent, too imminent because of the dreaded seasonal creep of everything. Oktoberfest is my favorite seasonal, but I’m… just not ready. I love summer, if only for the long days. Oktoberfest helps me get over less daylight more reliably than say, sadly the Washington Nationals. Football can help too, though not the burgundy and gold variety of late. I’ve already gotten a promoted tweet about an Oktoberfest, while I was drafting this post which probably means that the twitter data-mining is just getting creepy.

The regional beer scene is getting so big, it’s hard to keep up. If you have gotten out and about a little and want to contribute, let me know! I may have a Richmond-area recap from one twitter follower in the works and would enjoy others. wfyurasko at gmail dot com.