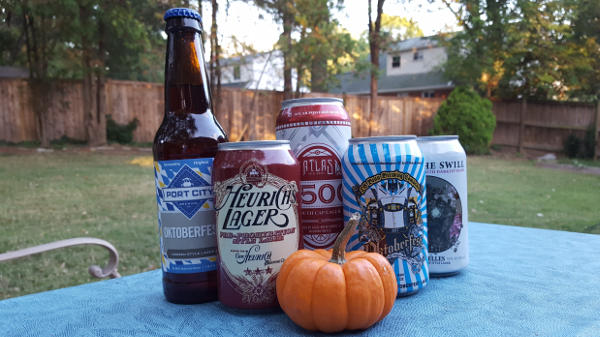 Oktoberfest! It felt like it in August, but not September. I have been hoarding it and saving it for when the weather gets cooler, no matter what the CityPaper says. Speaking of which:

There are still a few that haven’t happened yet.

Beer gardens, polka bands and pig roasts: How to celebrate Oktoberfest around D.C. – The Post

Weather permitting, I’m going to head all the way out to Faquier County for the October 21, Powers Farm Brewing one.

Most craft beers in this area are ales in part because they don’t take as long to get to market as lagers. This year, a few breweries packaged some lagers in addition to Oktoberfests:

1500 South Capital – originally brewed for Nationals Park, these are sold in tallboy cans year round. I pick them up at Ace Beverage in Tenleytown were the legendary Joe Riley works and typically order a draft when I’m at the ballgame.

Old Heurich – I picked the annual release of the preprohibition lager based on the Heurich brewing company that used to be at the location of the Kennedy Center. I’d buy it year-round if I could.

Savor the Swill – This might be my favorite of the local lagers and it certainly my wife’s. I also get this from Joe.

Oktoberfest – This year, they are in 12 oz. cans instead of the tallboys, but I also get some. It’s hoppier than a lot of ‘fests.

Oktoberfest – This year, these have been plentiful on store shelves, at least in Alexandria. I waited until September 1 and then it got hot and I went back to gin and tonics.

Rauch Lager – It’s only available at the brewery, so I have not had a chance to sample this new beer that probably isn’t named after the tallest player in MLB history, the fan-friendly Jon Rauch.

Lost Rhino isn’t packaging their Rhinofest which I really enjoyed in 2014. Boo. I don’t know about Oxtoberfest from Old Ox either.

Gentleman and scholar Charlie Fliegel over The Nationals Review has posted the Nationals Park beer guide and map which maybe won’t be obsolete quite as early this season. Yeah right.

Washingtonian magazine has the beer gardens list as well.

Get on your bikes and ride! 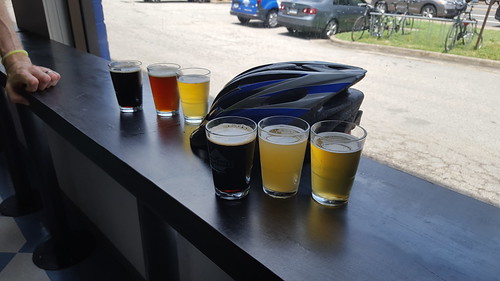 The GitHub W&OD beer map is updated with some of the new breweries. Washingtonian has a map from last year for the whole DC region as well on: 24 DC-Area Breweries You Can Bike To

I stopped at Vienna’s Caboose Brewing Co. last summer and have pedaled to Port City on the last three father’s days.

The acquisition of craft brewers by multi-national conglomerates was inevitable and in retrospect came later than maybe we’d have thought. Steve Crandall of Devil’s Backbone LLC talks to Virginia Beer Review about what Belgium-owned AmBev’s deal meant for them. It’s a long, interesting Q&A.

I don’t buy them as much as a I used to since the AmBev took over.

I have to think that without becoming part of AmBev, DB doesn’t have this kind of feature in Nationals Park: 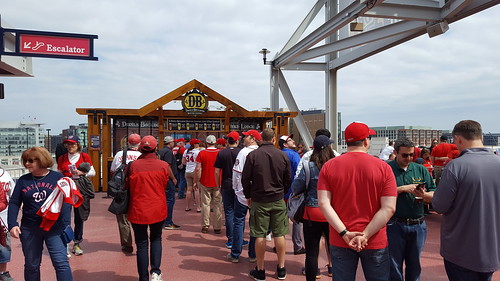 Remember way back in 2011 when I first started blogging about area beer? I mentioned back then that two great-granddaughters of an Alexandria brewer were going to restart their ancestral business. It’s finally happened, Portners opened this spring. I have been several times and need to do a formal review. In short – I like it.

Virginia is for craft beer lovers

The Virginia tourism board has lots of clickbait-y articles about craft beer, but it’s kind of best of breed.

Also, the LoCoAleTrail for your outlying areas consideration.

Not local, not craft

In retrospect, a late childhood classmate of mine, was a proto-hipster when it came to beer. He would show up at parties with “old dad beers” like Schlitz and Old Milwaukee because that’s what “old dads” drank. He didn’t bother with a ribbed white tank top though. Thankfully. Anyhow, while I was at State Line Liquors in Elkton, Md. on the way down the Shore this summer, I asked if they had the beer my dad drank when I was a kid – Schaefer! They did. I can why it was the “beer to have when you were having more than one” it’s pretty drinkable if bland. They might as well say that “no hops were harmed in the brewing of this beer.” It pairs well with Taylor Ham though.

A meetup I went to had a bunch of Baltimore beers and one that used to be from there — National Bohemian. It’s no Schaefer, not as sweet.

That’s all for now, prost!