Throwback uniforms that Nats should wear instead of Expos

In spite of $600 million of public financing from the District of Columbia for Nationals Park, the Washington Nationals decided to spend a game saluting the previous corporate identity (DC Sports Bog, The Post). I’ve been over this before: The Nats don’t need to acknowledge the Expos. This was fan-service for non-Washingtonians.

Celebrate the city history, not the corporate history.

By the way, 1969 the year the Expos throwbacks were from, THERE WAS A MAJOR LEAGUE BASEBALL TEAM IN WASHINGTON, D.C. Not only that, it was THE MOST SUCCESSFUL BASEBALL SEASON IN D.C. SINCE WORLD WAR II. The modern Nats even wear the same red cap with a curly W as that team.

While any of the DC major league uniforms would be better than any Montréal kit, here are the more appropriate examples: 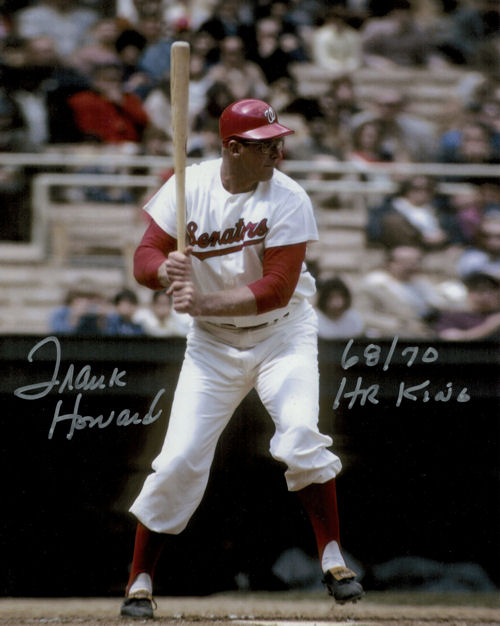 What was more surprising, Ted Williams managing the Senators or finishing 86-76, the best post-World War II showing for a Washington baseball team? The ’69 Nats had their best attendance in RFK Stadium with Frank Howard hitting 48 home runs in a red curly W cap that the current franchise wears at home to this day. 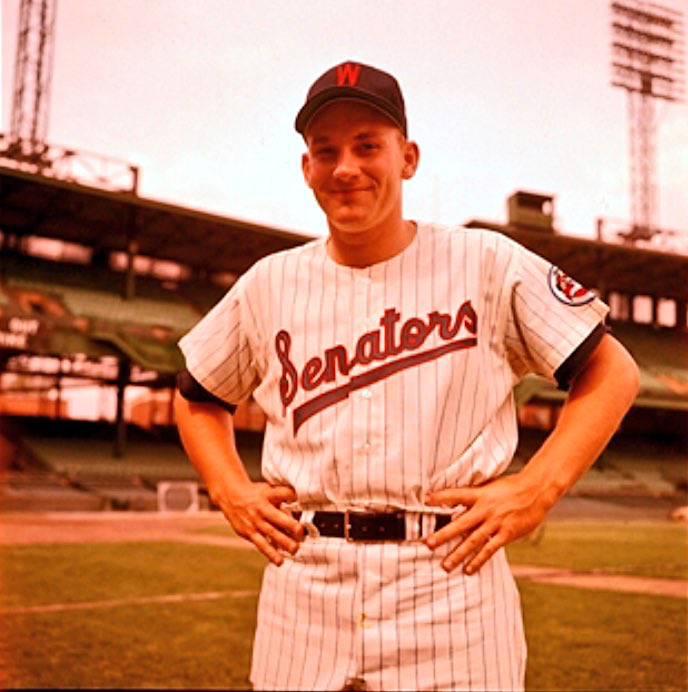 DC’s best looking home uniform ever was worn by a young Harmon Killebrew as he became a star, but the franchise soon moved to the Twin Cities because Calvin Griffith was a racist. Zang Auerbach, Red’s brother, designed the “Smokin’ Senator” patch. 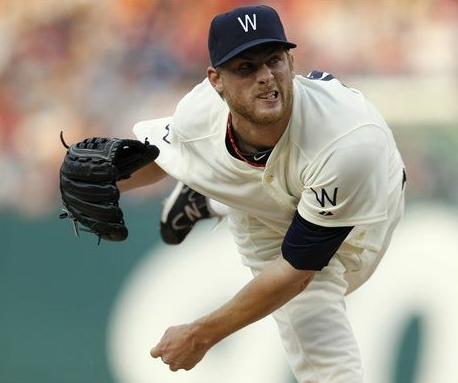 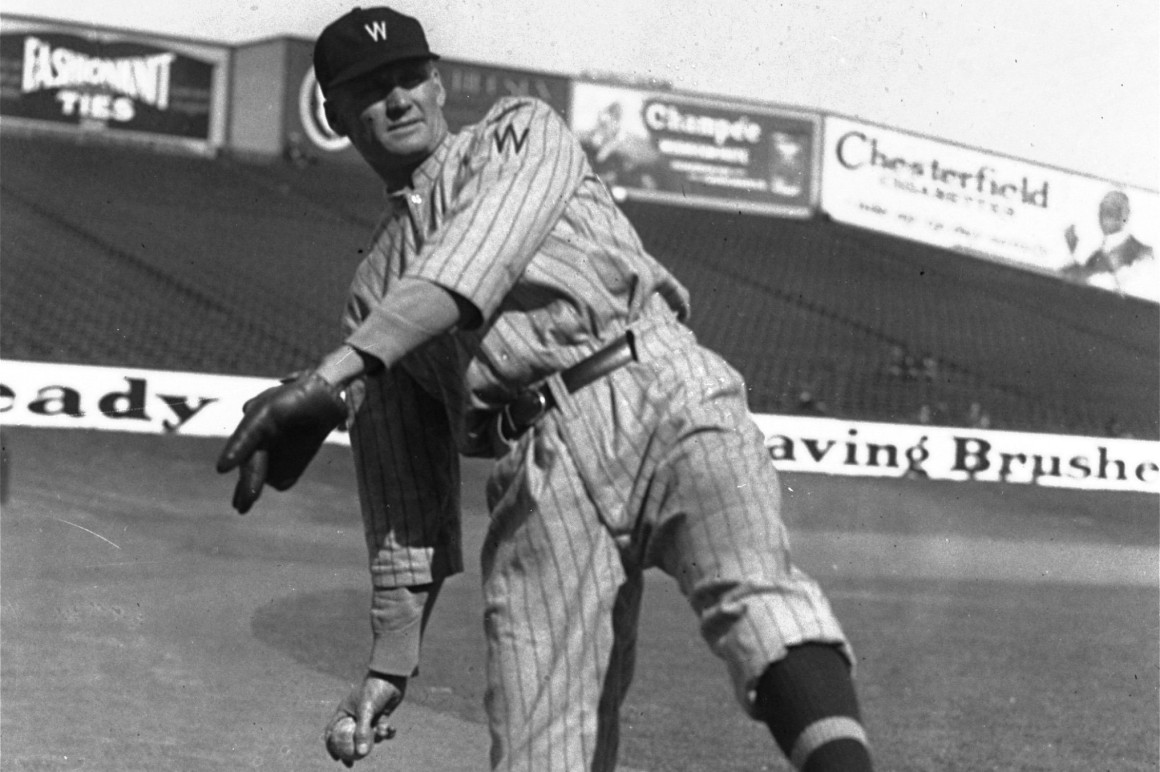 Oddly enough, they ’24 Nats wore pinstripes throughout the regular season, but switched to cream uniforms for the World Series. 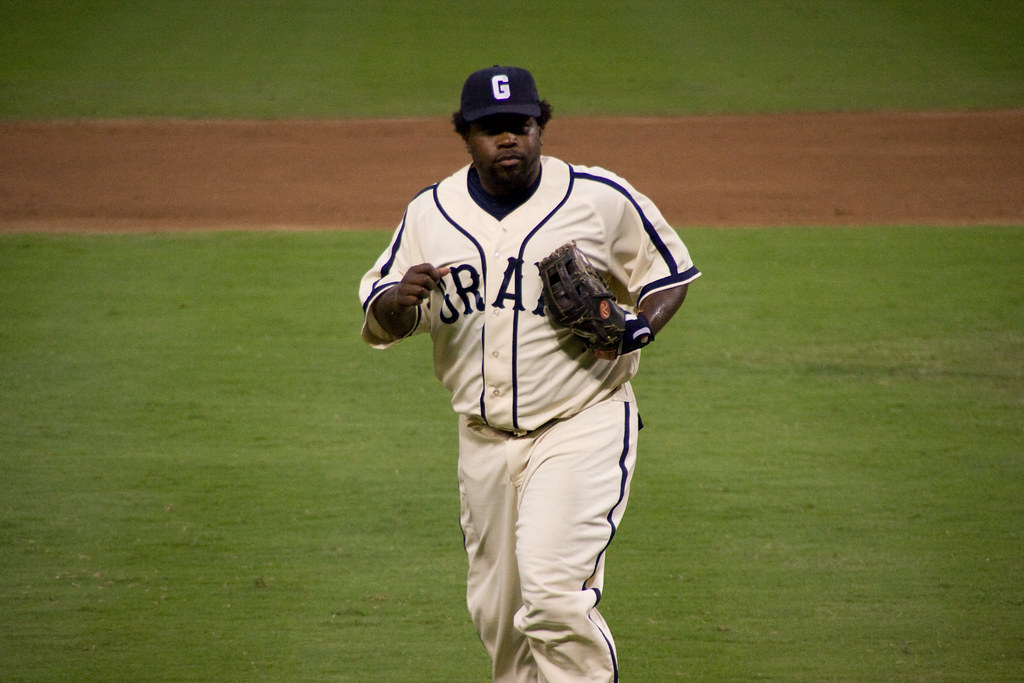 Photo by ©Cathy Taylor, all rights reserved used with permission
The legendary Negro League team split their 1940s games between Pittsburgh (Homestead) and Griffith Stadium. Various Grays uniforms have been worn by the Nats over the years. 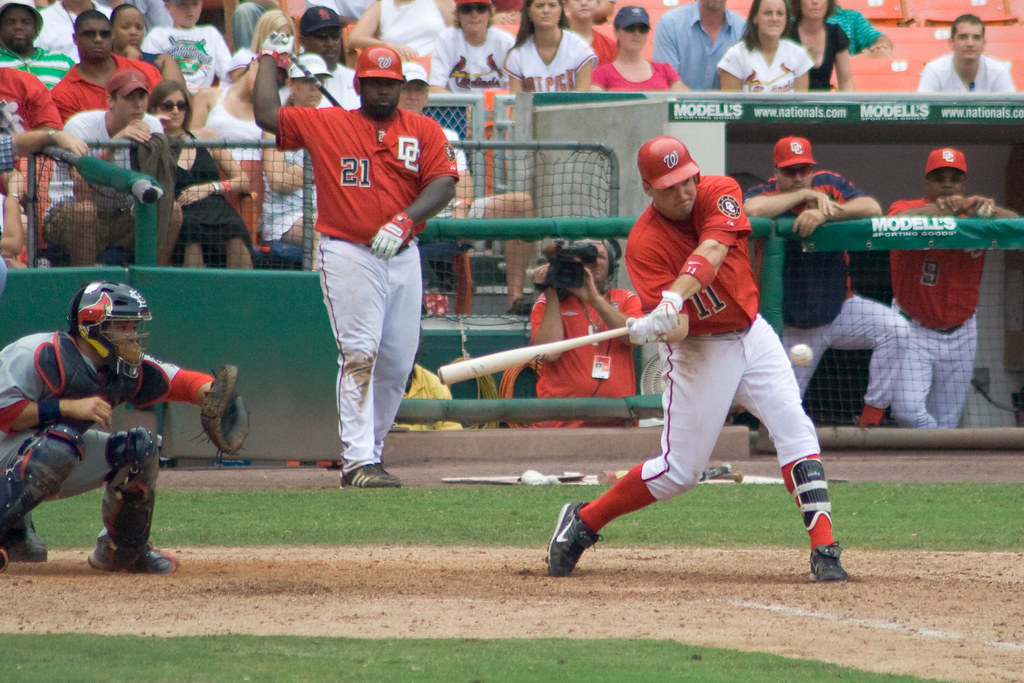 Photo by ©Cathy Taylor, all rights reserved used with permission
For the first few years, the Nats wore the Todd Radom interlocking DC on alternate and batting practice jerseys. The logo is technically still in the program, but barely — many fans would like to see it back. I’d like to see the interlocking DC back on the sleeves at the very least. 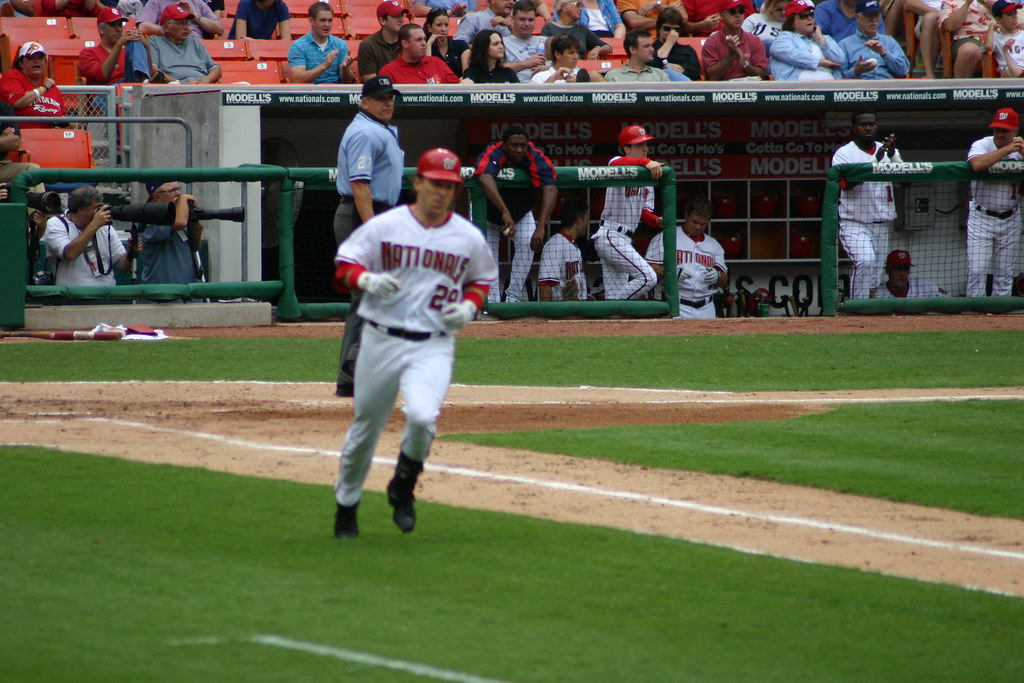 Photo by ©Cathy Taylor, all rights reserved used with permission
The Todd Random-designed uniforms were worn from 2005 – 2010. 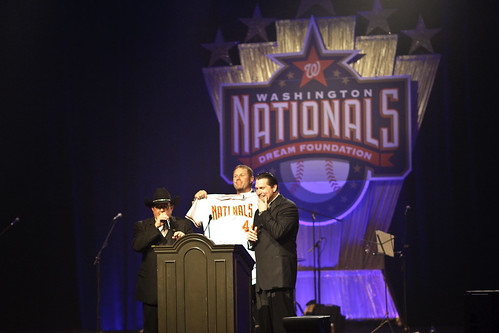 Photo by ©Cathy Taylor, all rights reserved used with permission
​There are several contenders for the nadir of the Jim Bowden-era Nats, but the misspelled uniforms might be the most memorable.

Photo © William F. Yurasko
The San Diego Padres were going to be sold and moved to D.C. (Ghosts of DC) but it feel through. Joseph Danzansky, the Giant Food CEO, who tried to move the team got as far as creating a powder blue road uniform for the un-named team. The prototype was put on display in the club level of Nationals Park a few years ago.

Even the fake Washington Americans uniforms from the short-lived Ball Four TV-show, starring Jim Bouton and Ben Davidson (who played for the Skins in 1962-63), would be better than wearing Montréal colors.

The place to honor the Expos is of course, Montréal and the Canadiens have done so. There is an even better solution of course and that’s returning baseball to North America’s most populous Francophone city. There is an AL East team that has a lease ending in a few years and after, that the Tampa Bay Rays lease ends in 2027 too.