ALEXANDRIA, Va. — The torrential rains of July 8, 2019 washed out a section of the Holmes Run Trail just west of Ripley Street near Interstate 395. According the city web site, “the Holmes Run stream levels surged over 12 feet causing significant damage to paved and unpaved sections of Holmes Run Trail…The extent of the damage will result in extended trail closures.”

Not even a year earlier, this section opened after extensive reconstruction (WashCycle). It’s likely to be a long-term closure. Restoration is underway, but no timeline has been given by the city.

It’s the latest in a string of troubles that have kept the trail which connects Columbia Pike in Fairfax County and Eisenhower Avenue in Alexandria from being continuous.

Damage near Parklawn pool just over across the city/county border was also reported. Since at least 2018, a portion near Beauregard has been detoured due to portions of the trail washing out.

In 2013, a sewer line was damaged and much of the trail was closed until late 2014 while repairs were made. 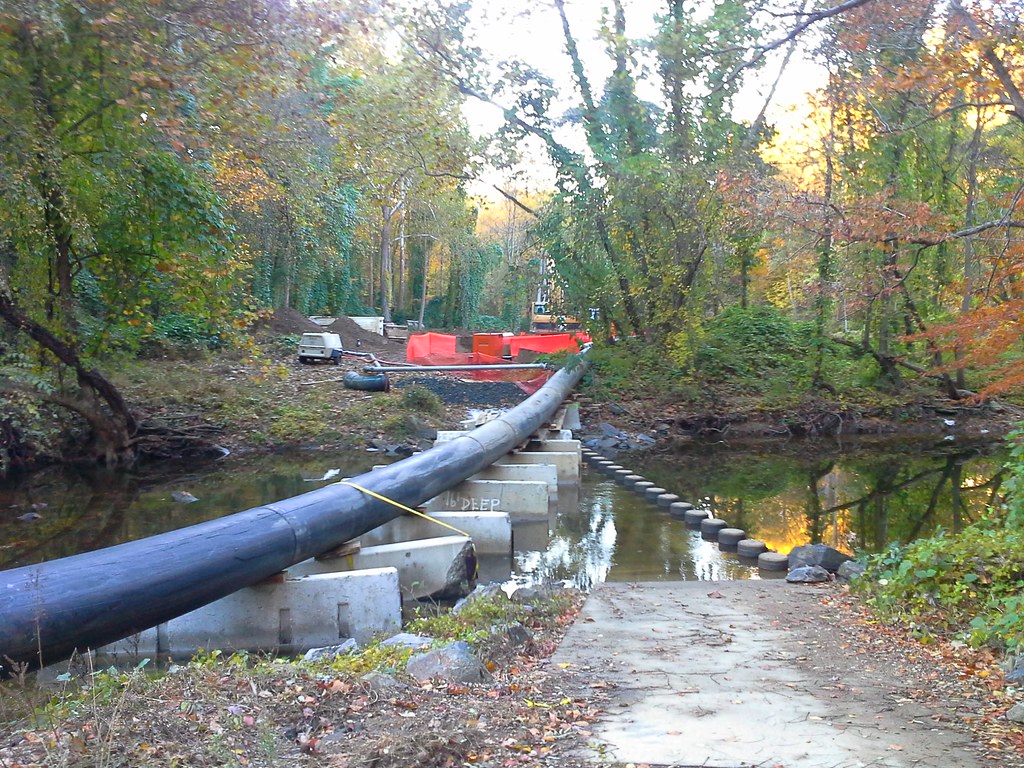 Proximity to waterway has risks for any infrastructure, but this just seems like piling on. A regular high water trail is posted in Alexandria’s West End. Since opening all the way to Columbia Pike, I’m not sure Holmes Run Trail has been completely open end-to-end for an entire year.