Baseball was largely absent from the Nation’s Capital for 34 years. Starting in 1971, after Bob Short moved the Senators to “some jerk town with the single boast it is equidistant from Dallas and Fort Worth” there were exhibition games, usually right before the start of the season. In the 1980s though, the Cracker Jack Old-Timers Baseball Classic regularly brought baseball back to D.C. The first, in 1982, proved to be the most noteworthy when 75 year-old Luke Appling homered off of Warren Spahn over the short left field fence in RFK Stadium.

At The Classical, Ben Lyon provides a good summation in his 2012 write-up, Bring Back the Cracker Jack Classic

The Classic had pretty much everything you could want nostalgia-wise, ranging from hobbled Hall of Famers to the promise of tons of offense. In 1984, there was even a hot-button controversy when Willie Mays refused to participate after having appeared only as a pinch-runner the previous year. The greatest moment in Cracker Jack Old-Timers Classic history happened in the 1982 game, when a 75-year-old Appling homered off Spahn. And of course, throughout it all, Bob Feller acted cranky.

Marty Appel, who was in public relations for the New York Yankees, wrote about it for his web site: National Pastime Museum: CRACKER JACK OLD TIMERS GAMES

The missing element was support from Major League Baseball, even as Commissioner Bowie Kuhn had his heart in his hometown of Washington and a longing to return the game there. “His PR guy, Bob Wirz, told him this was not a good event to connect with, and so we had to go without MLB,” said Cecil. “As a result, we designed our own uniforms—National and American—and the players wore those.”

Cecil wanted some special touches. The games would be five innings, not two, and would call for good competition and strategy. The players would be introduced one at a time, emerging from the dugout to cheers, and then returning. There was no lining up along the baselines. Robert Merrill agreed to do the National Anthem if he could have a uniform with No. 1½. ESPN, in just its third year of operations, made a deal to televise the game and signed up Red Barber for the first cablecast.

As noted by Appel, RFK was the host of the 1st Annual Cracker Jack Old-Timers Baseball Classic. The stadium hosted it from 1982 – 1989. It was apparently never put into full baseball configuration; in the run up to the 1993 expansion it was mentioned before 1991 exhibition games that it was the first time the stadium had been converted to baseball configuration since 1971. The field has the sliding pit layout seen on artificial fields instead of a true basepaths.

Even after the classic was moved, it was mentioned in the phonebook entry for STARPLEX (STadium ARmory ComPLEX) in the yellow pages for several years thereafter.

I never knew that the classic was unofficial though that explains the generic uniforms. Speaking of, the senior circuit wore blue caps with a white block N (with serifs) and trim with gray uniforms in 1982 — block NATIONAL across the front. The junior circuit wore white uniforms with block “AMERICAN.” They were all pullovers with sansabelt pants. 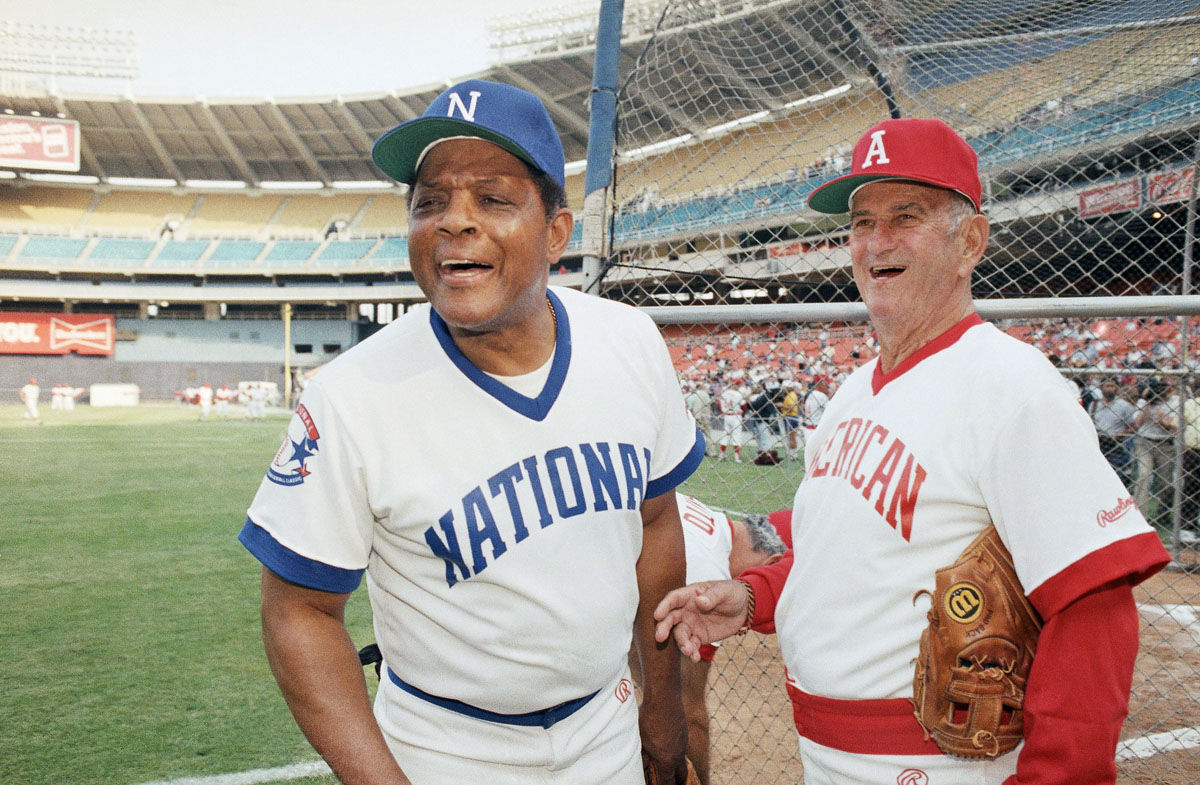 (Image from WTOP – ‘Best Day Ever’: Baseball’s best moments at RFK from the Senators to the Nats) 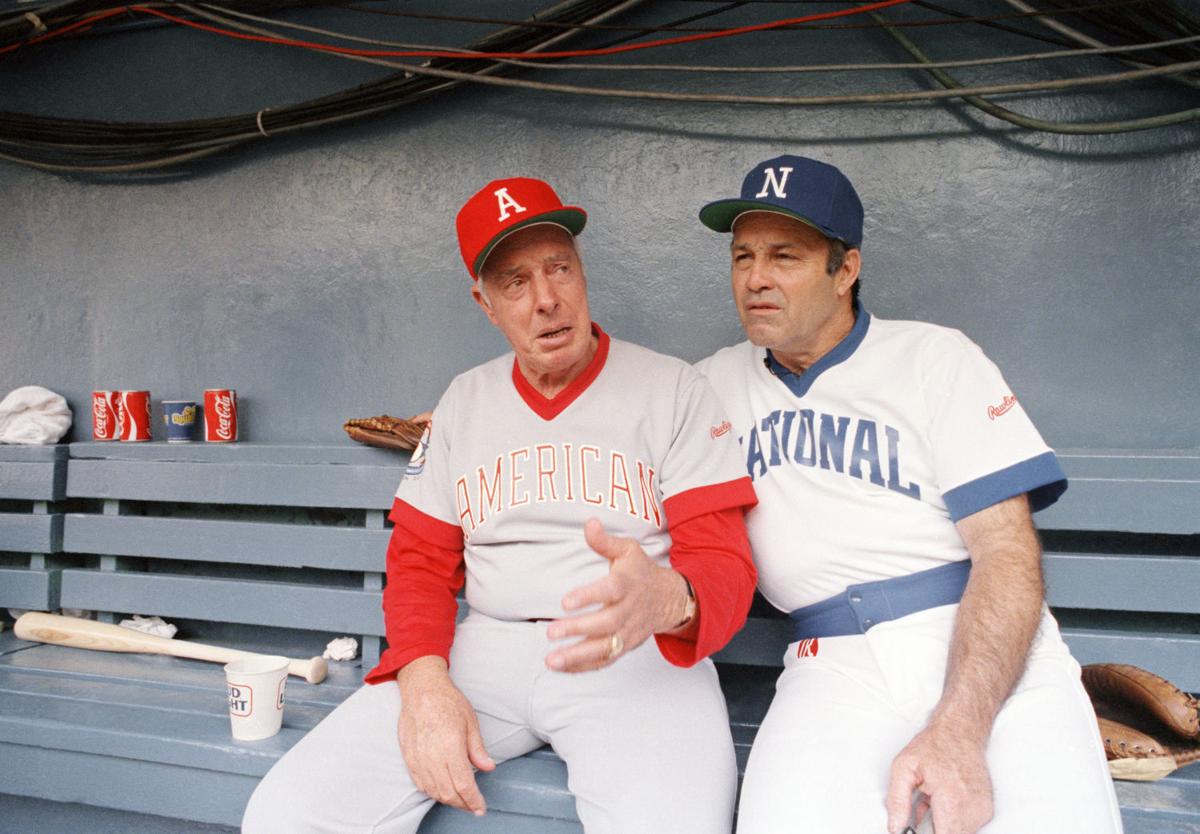 Later in the series, both teams wore white.

According to Appel, “Some of them have brought big money on the auction circuit in the years that followed because they had their names on the back.”

Sam Rosen, Jack Brickhouse and Red Barber on the call for ESPN for the inagural edition. Charlie Brotman can be heard as the p.a. announcer and White House press secretary James Brady threw out the first ball.

Joe DiMaggio and Willie Mays were captains that year. Mays said “I feel like the fans want a ballclub in Washington and I think they should have one.”