Once again sportswriter, podcast host and former Phillies blogger Kevin McGuire is here to discuss his beloved baseball team as they take on my Washington Nationals.

WFY: Like everything else, this Q&A looks lot different than I had anticipated on say, October 30, 2019. What’s your overall approach to MLB season?

KMc: As for Phillies coverage this year, I’m not really doing anything and I haven’t blogged about them in a long time now. But I’ll still be glued to every game and tweeting about them. 🙂

WFY: Now, back to the regularly scheduled err re-scheduled questions

The Phillies got their man! You regularly answered these Q&As with the hope to see Bryce Harper playing his trade in a red P cap. How has it worked out? In BeltwayLand, we think it worked out perfectly!

KMc: I feel comfortable in saying the Bryce Harper addition has worked out. At least, as far as Harper is concerned. After a bit of a slower start than many would have preferred last season (he did basically miss a bunch of spring training, after all), he ended up having a pretty solid year at the plate. That has carried over to this season, where he has been easily one of the best players the Phillies have. Some have even suggested he is having an MVP contention type of season, but I’ll refrain from going there right now. Harper has been a bit more relaxed at the plate in two-strike situations, so the experts say, and he has even been a very good defensive player since his arrival in Philly. So yeah, I’m pleased with the addition of Harper. I just want to see more put around him.

And yes, I do respect the irony that the Nationals finally won it all immediately after Harper came to Philly. I have no regrets yet though!

KMc: Harper hasn’t quite done it all alone so far. Catcher JT Realmuto has been terrific in a highly scrutinized contract year. The Phillies not being able to lock him down before the season started feels like a blunder, even in a pandemic. But aside from Harper and Realmuto, the lineup could use some jolts.

Rhys Hoskins has been a disappointment since last season and I’m wondering if we’ve seen the best he has to offer. But I’m also willing to allow new hitting coach Joe Dillon continue to try working Hoskins through it. Dillon also has his work cut out for him with shortstop Scott Kingery, a young player the Phillies were quick to invest a bunch of money in before he ever really proved himself.

Didi Gregorious has been a nice addition to the lineup as well. I would like to see a few more multi-hit games out of Jean Segura, and I think Andrew McCutchen will get to being  little more reliable as well. This lineup has been rather OK for the most part, top to bottom.

WFY: How is the Phillies starting pitching? It seems most bullpens are bad now, but the Phillies are taking it next-level, aren’t they? I’m seeing friends on Facebook saying things like “As long as the cutouts have smiles, management will be in denial.”

KMc: The starting pitching has been more than adequate this season, for the most part. Aaron Nola just had his worst outing of the year but had been on fire in his three or four previous starts before that. Zach Wheeler gave the rotation a good boost this season after coming over from the Mets as a free agent. Nola and Wheeler at the top of the rotation has been solid. Jake Arrietta has been good enough too, but can’t seem to avoid a bad inning each time out. I don’t have much faith in Zach Eflin, and the fifth spot was Vince Velasquez’s to win, and he hasn’t. The Phillies called up one of their top prospects recently, Spencer Howard, and he’s shown he has some growing to do while also showing some promise.

The bullpen, however, is Stephen King-level horror. Granted, the Phillies did just make some moves to get some guys who may actually belong in a major league bullpen, so that’s nice. But my goodness, this has been the worst bullpen I have ever watched. And I have seen some bad Phillies teams over the years. No lead is safe until this bullpen figures out how to get some outs.

KMc: Two years felt like enough with Gabe Kapler. There was more than enough evidence to suggest he may not have been the right guy for this team. And I say that as a guy who really liked Kapler and wanted him to succeed here. But if the Phillies needed to make a move to ensure they got Joe Girardi, they had to do it. Although the results aren’t showing in the win column yet, I am very confident that will change in the long run. Girardi has not been without some criticism, but once again, his bullpen is absolute garbage. Despite the disappointing start to this season, there is no doubt in my mind that Giradri is a significant upgrade over Kapler.

WFY: Did the Nats win the Papelbon-Pivetta trade after all? What is MacKenzie Mills up to these days?

KMc: One thing we learned was that Papelbon was a head case that could pitch and Nick Pivetta just couldn’t keep anything straight. I got very tired of hearing about the good stuff Pivetta has because he just couldn’t stop the bleeding when things would go wrong. If you can’t mentally take charge of the situation, then your stuff isn’t going to be so good. Pivetta had his opportunities and ended up thinking  abut more of his abilities than he should have. I wish him the best of luck in Boston.

As for Mackenzie Mills, his Baseball Reference page informs me he has a 17.18 ERA in three appearances for the Winnipeg Goldeyes, a double-A Independent League team. So, yeah. There you go.

WFY: How was the Nats winning it all received in greater Philly? It seems like a rivalry waiting to happen, but both teams have not been fighting back and forth for the division lead much in the last 15 years.

KMc: I feel like we have been on both ends of the spectrum of this rivalry question over the years, with one of your teams leading the way in the division and the other… well, not. I still think now that the Nationals have a World Series and Bryce is still looking for a ring, there is some fuel here. Maybe this series helps raise the bar a little bit, especially now that we know second place gets a team into the playoffs. These games will be more intense, hopefully.

WFY: How is the NL East going to shake out? Who takes the season series?

KMc: This division is Atlanta’s to lose, and I’m not sure they will do that. So this is a race for second place, which was obviously won by the Nationals last year while the Phillies went in the tank in the second half of the season. I think this is an even series this season though, especially if the Phillies bullpen straightens itself out. But I’ll lean toward the Nats overall, head-to-head by the slimmest of margins. I just don’t trust this Phillies bullpen against some of those Nats bats.

Thanks to Dan McQuade @dhm for the feature photo. 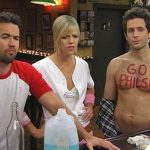 2021 Nats vs. Phillies Q&A and Guest Prognostication with Kevin McGuire 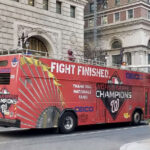 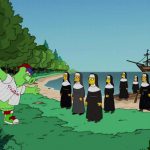 2019 Nats vs. Phillies Q&A and Guest Prognostication with Kevin McGuire