ALEXANDRIA, Va. – Alexandria mayor Justin Wilson tweeted that the Holmes Run Trail should start seeing reopening of a damage section in the next year.

Responding to my tweet, the mayor provided this update:

The city closed that bridge in October 2019 following a failed inspection.

Two other gaps will take longer to fix. Most notably, the gap that tunnels under Van Dorn Street and Interstate 395.

Alexandria’s fiscal year begins July 1 annually. Reopening
as late as June 30, 2023 would still be within the timeline the mayor outlined. That’s in line with previous estimates for trail restoration.

A July 8, 2019 storm washed out the Holmes Run Trail between the Ripley Street Bridge (opened in 2018) and the tunnel under N. Van Dorn Street. It has been barricaded ever since. A signed “high water” detour directs trail users up Pickett Street and Richenbacher Avenue, past N. Van Dorn Street (where it becomes Sanger Avenue) to Beauregard Street.

Since 2018, a portion of the trail west of Beauregard Street has been closed due to erosion.

Documents linked from Twitter by @mrpresident1776
show that the city was planning the Holmes Run Trail in the mid-1970s.

It appears the Alexandria portion was not completed until the late 1990s, according to this old ADC DC Bike Map.

Now in the midst of pandemic, I am concerned the commitment to restoration will be threatened. Local civic motorist associations have mobilized against bicycle infrastructure. The data doesn’t support their claims, but they feel threatened by bike lanes and city resources used on things that do celebrate single-occupancy vehicles to the exclusion of all else.

It’s time to see the increase in bicycle usage turn into political power. 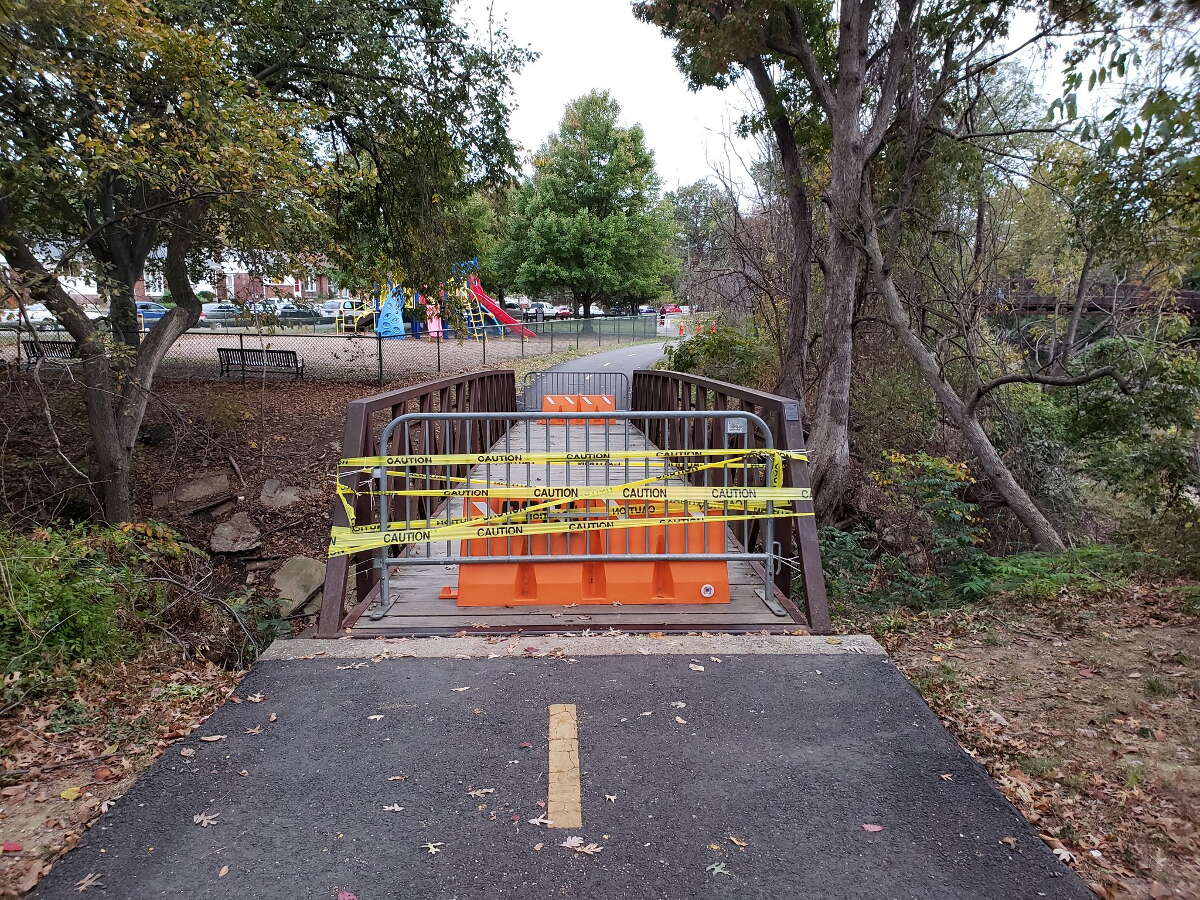 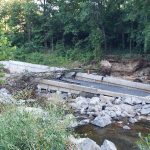 The Holmes Run Trail may be whole again…in 2023 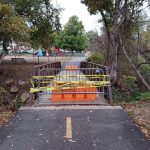 The Holmes Run Trail is never whole: bridge out near Duke Street 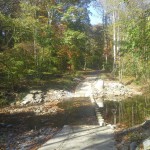