It’s like deja vu all over again. Another Opening Day, another Washington Nationals vs. New York Mets game and another Q&A with Eric McErlain (not pictured). This is his 11th time as a guest prognosticator.

WFY: A new owner, the Francisco Lindor signing and yet, The New York Metropolitan Baseball Club, Inc. finished a mere 77-85 last year. What happened? Well, besides Robinson Cano. It seems to have led to a desperate managerial hire…

EMc: Jacob deGrom, who started out the season looking like a right-handed version of Sandy Koufax, got hurt and a passel of other players, including Lindor, underachieved at the plate. The back end of the rotation, which looked ok early on, suffered some additional injuries while Tai Walker went from lights out to batting practice pitcher.

WFY: Buck Showalter found his way into another high profile job. I’m just going to come out and say that I think Bucko is the most overrated manager of the last 30 years. He also loses points of his years as a Peter Angelos stoolie. Are you happy with the hire? He’s got three years to prove he’s at least as good as Bob Brenly or Davey Martinez.

EMc: The last three hires – which includes the aborted addition of Carlos Beltran – were all first time managers. Buck can hardly do worse.

WFY: Jacob DeGrom’s out and Max Scherzer gets the Opening Day start. It’s tough for DC fans to take him with a division opponent. Scherzer’s propensity for giving up first inning homers in big games like playoffs, All-Star Games and Opening Day is something I wouldn’t mind seeing come around to help the Nats though. Scherzer gets too amped up and throws so hard his fastball flattens up. Last Opening Day was the most extreme example:

EMc: Well, this is a case of #LOLMets, isn’t it. Scherzer can’t pitch on Opening Day thanks to a hamstring injury. He’ll go Friday and the Mets will apparently start the season with a bullpen game. I knew the good times could never last!

WFY: Will the 3 – 5 spots in the rotation be enough to get the Mets into the postseason where two starters can be enough?

EMc: Lots of questions here. Chris Bassit looks great at #3. Who knows which Taijuan Walker shows up in the #4 slot? As for #5, that would be Carlos Carrasco, who looked out of sorts last year after starting the season on the injured list. The deGrom injury leaves a slot open for the surprising Tylor Megill, who pitched credibly last season after being promoted to the big club with zero expectations. If anybody else gets hurt, lefty Dave Peterson has shown some signs he could hold down that #5 spot too. Some folks have called this the best rotation in baseball. I see nothing but question marks.

WFY: Bucko gets an NL job and the universal DH arrives. Coincidence? How do you feel about the end of over 140 years of senior circuit tradition?

EMc: With the Mets carrying Pete Alonso and Dom Smith as a lefty/righty 1B combination the last few years, not to mention JD Davis, I’m fine with the DH coming to the NL. To be honest, I’m past caring all that much.

WFY: Has the league caught up to Pete Alonzo a little? He still had a very good season in 2021, but conspicuously fewer homers than 2019.

EMc: You can’t hit over 50 homers every year in MLB anymore, and I’m thinking there’s a lot of credence to the accusation that the league stopped juicing the ball after the 2019 season. Pete has 100+ homers and almost 250 rbi in less than three complete seasons. There’s no Mets fan that wouldn’t take that.

WFY: Do you, a Mets fan living in BeltwayLand, consider the Nationals to be a rival after 17 years? This is also something like the sixth time that the Nats and Mets have been scheduled for Opening Day.

EMc: Rivalries are created by meaningful baseball games, and the Mets and Nats haven’t played enough of those games where there was a lot at stake for both teams outside of 2015. I know this: whenever the Mets get good and their fans show up at Nats Park in numbers, I can’t help but feel some resentment. The two fan bases are very different. Both sets love the game in their own way. But Nats fans are cerebral while Mets fans root from their guts. There’s more of a blue collar vibe at Citified – though less so than there was at Shea Stadium. You just don’t find that working class element at Nats Park. That means the lows in Washington aren’t as low as they are in New York, but the highs aren’t as high either. (Editor’s note: Is that so?)

WFY: Who is the best 22 in Mets history?

WFY: Does Keith Hernandez really deserve a number retirement? What about Jerry Koosman?

EMc: Keith’s number retirement is really about his impact on the field and his time in the broadcast booth. When he got to New York in June 83, it marked the end of the bad times and the march to that ’86 title. As for television, the booth with him, Ron Darling and Gary Cohen is really the best in baseball. Why is that? Because they aren’t slavish homers like the broadcasters in the Bronx. As for Jerry, the Mets retired his number last August. It was overdue.

WFY: How about the ice Mets and their new arena? You visited the Islanders new home this season, as a Capitals fan, for the first time. Who wins the Metro division?

EMc: I’ve been there twice this season, and they really did it right. It’s great to see the Isles have a home of their own again. But that opening season road trip plus a COVID outbreak in the locker room sunk them early. They’re playing better now and will challenge again next year. Carolina hangs on to win the Metro. I think the Caps bow out in six to Florida in the first round. All that’s really left for this team is to help Ovi pass Howe and Gretzky.

BONUS: If Ovi does pass Gretzky, watch for the Canadian media to start talking about the goals Howe and Gretzky scored in the WHA. If/when that does happen, Gretzky will scoff at the idea. He’s all class and will be there when Ovi is poised to break the record.

WFY: Back to the diamond, who takes this series and who takes the season series? Last year, it was the grass Isles went 11-8 over the Nats. Granted the Nats didn’t start their fire sale until July. How does the NL East play out?

EMc: In order to win the division, the Mets must beat up on the Nats and the Marlins while playing .500 ball vs the Braves and Phillies. Whoever takes the division won’t get to 100 wins. Given the pitching questions, I think the Nats take 2 of 3, but the Mets take 12 of 19 over the course of the season. And the Braves win the division. That organization knows how to develop great players who play fundamentally great baseball. They make no mental mistakes and when you make a mistake, they make you pay. That isn’t changing any time soon. 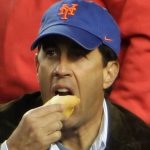 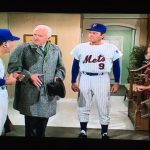 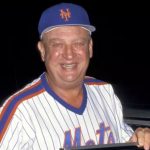